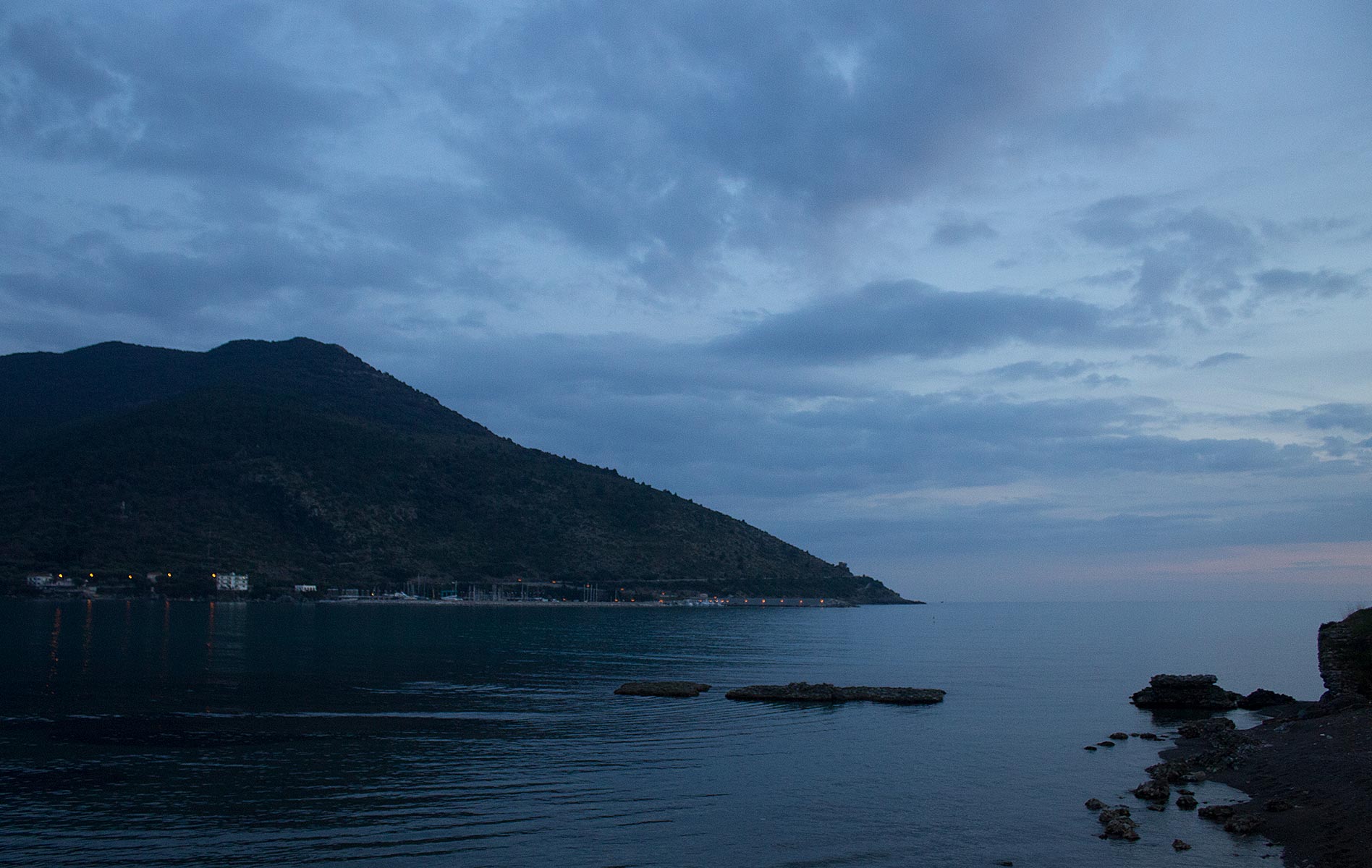 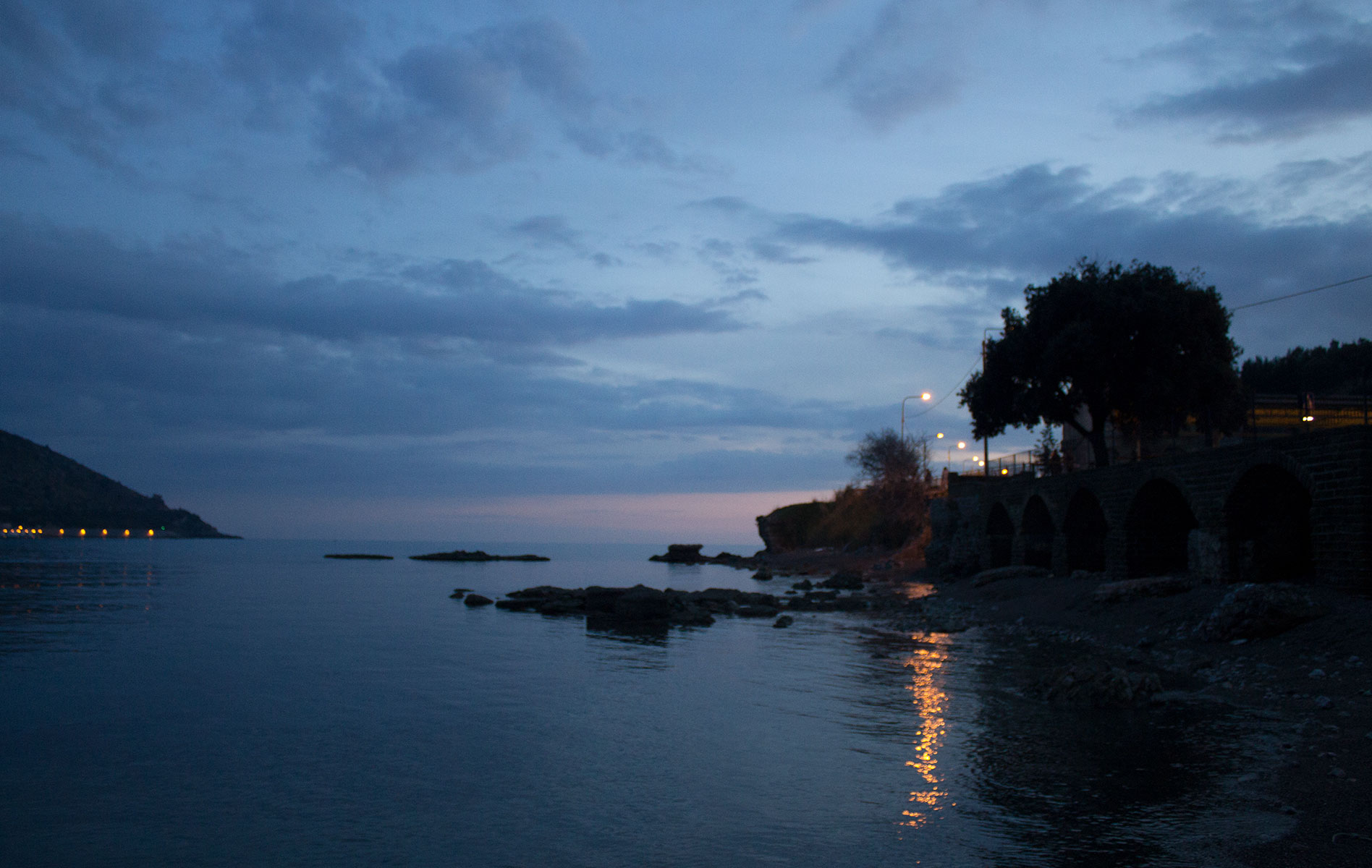 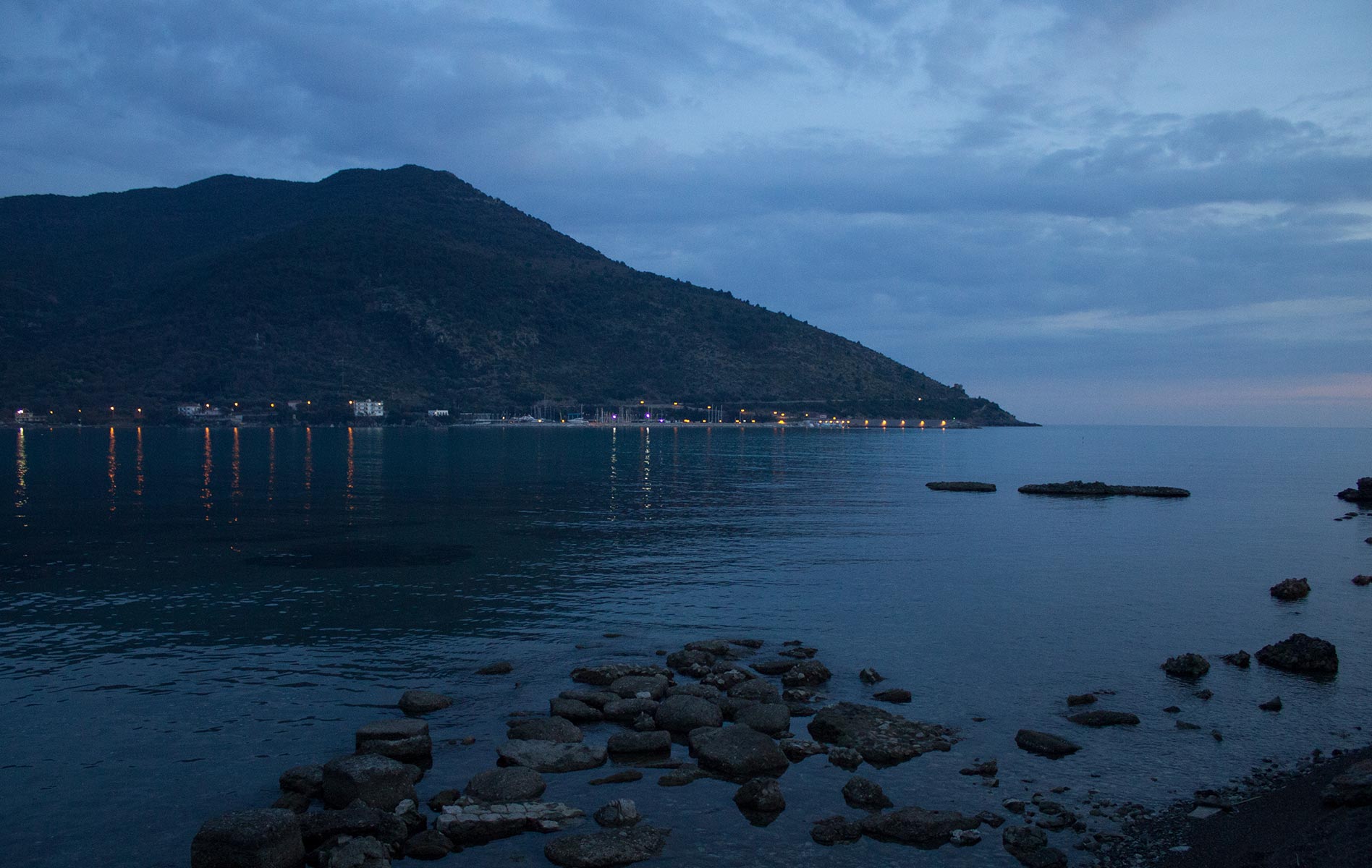 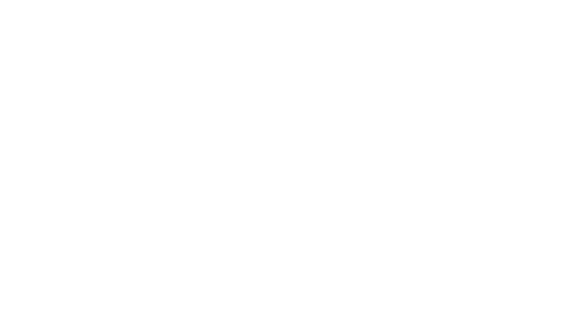 DERIVE was born on the sea, in Sapri’s Santa Croce area, a place where archaeology and Gothic Revival architecture are stratified.

Through a plot of events divided into three sections – Art curated by Antonio Oriente, “Music” by Jam Factory and Poetry by Giuliano Maroccini,

DERIVE is a choral project based on crossfades between permanent and ephemeral.

DERIVE stems from the desire to relate ourselves to places and time in an asymmetrical perspective.

Memory and vision, ancestral and contemporary are not searching for dialogue, but interpenetration.

Contemporary is what doesn’t coincide with its time and breaks its rhythm, leaving it adrift.

Reality can be found at the crossroads of multiple paths: the contemporary landscapes are places with fluctuating boundaries

where full and empty, solid and transparent, mineral and digital search for interpenetration. 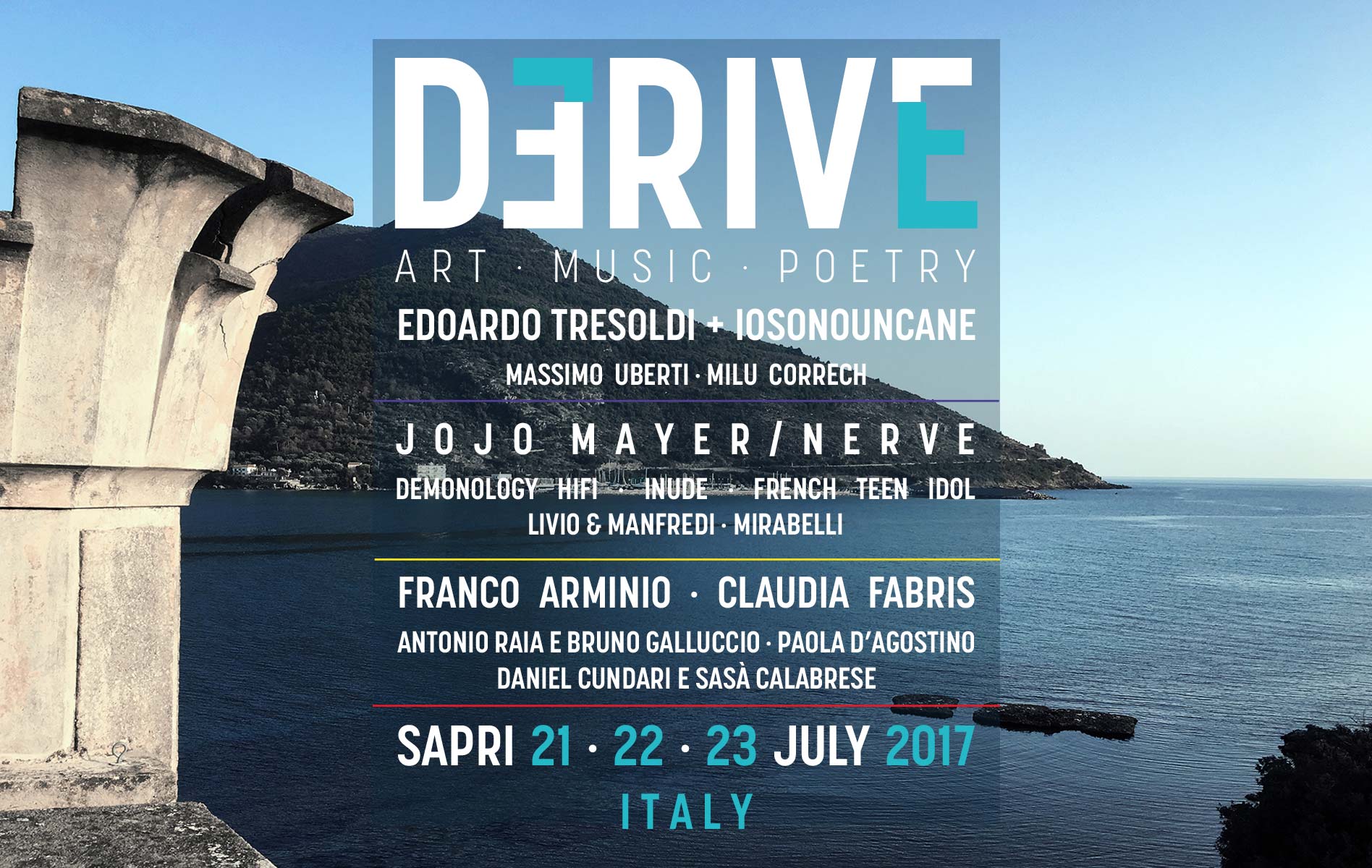 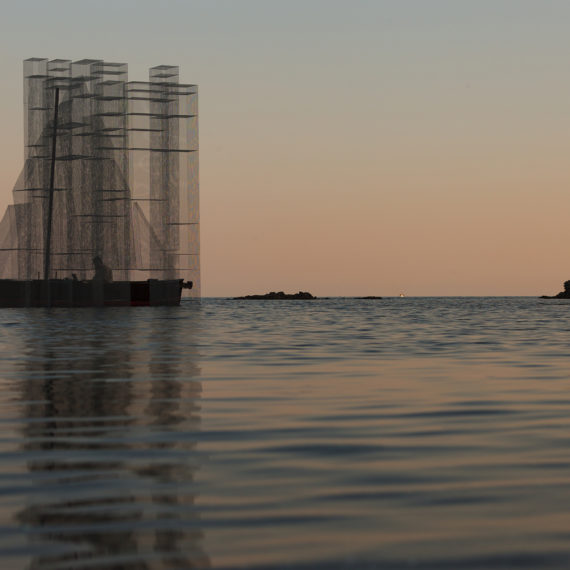 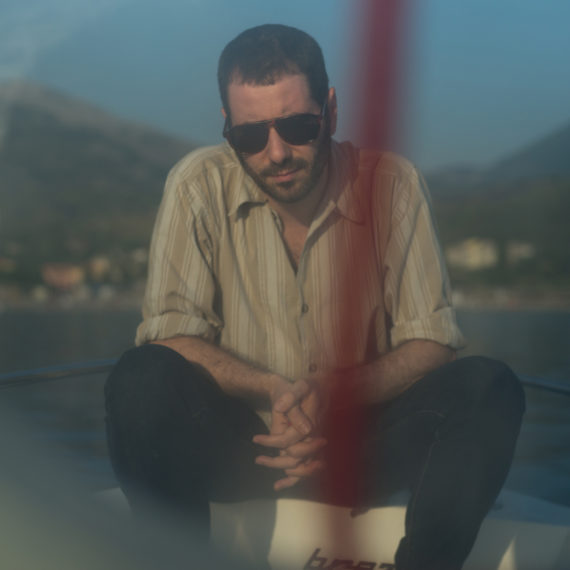 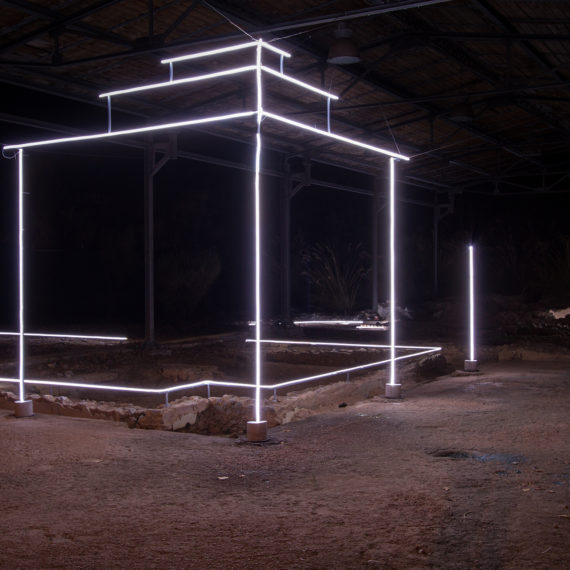 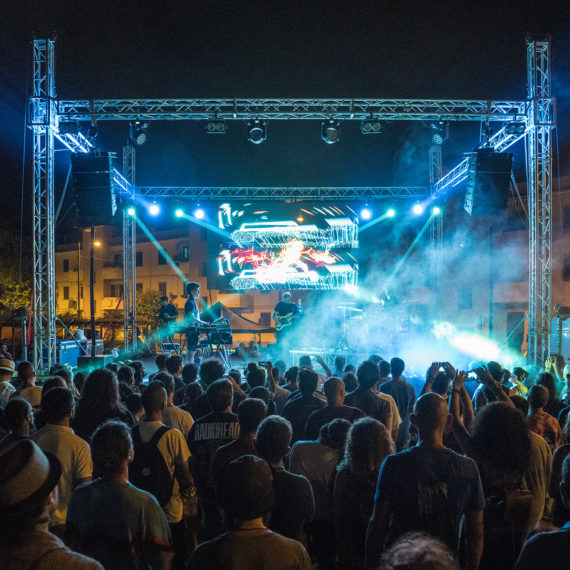 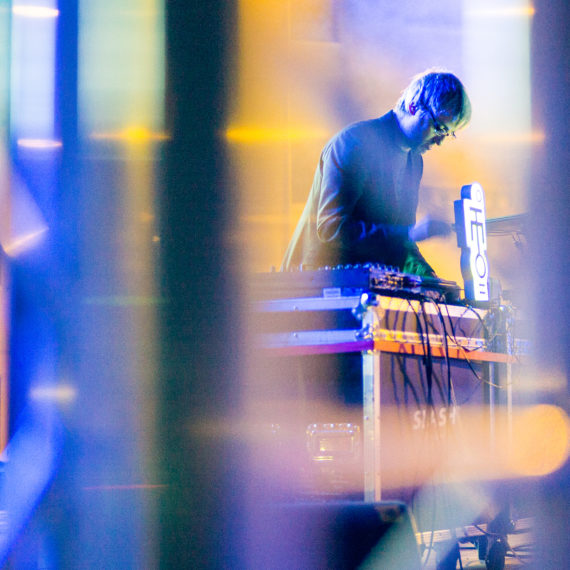 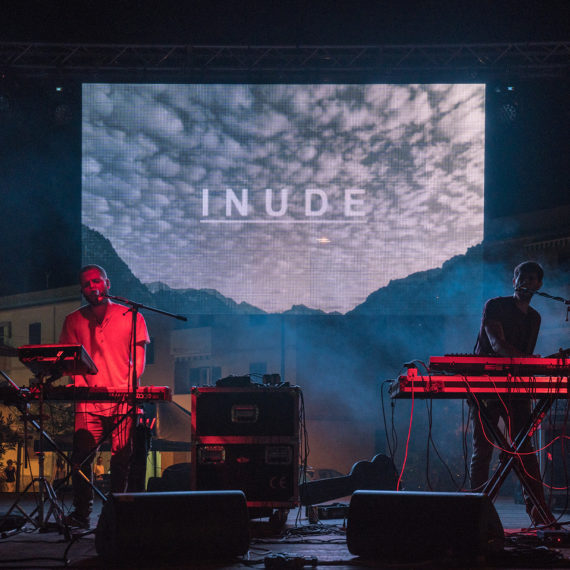 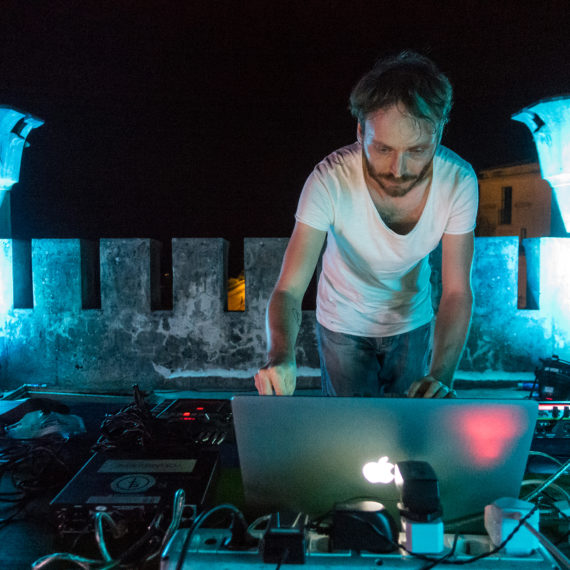 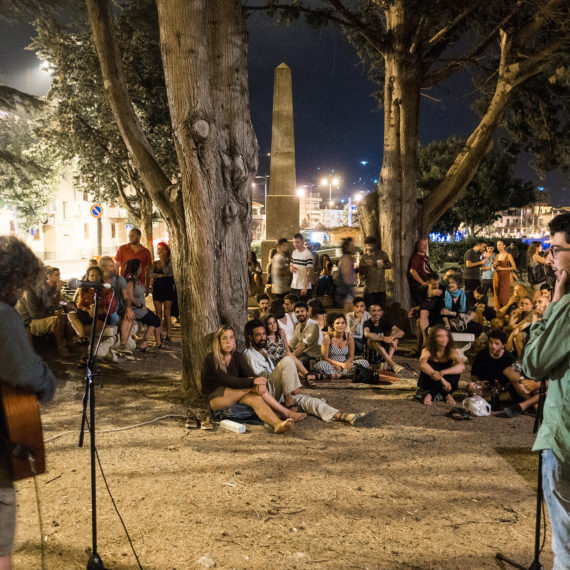 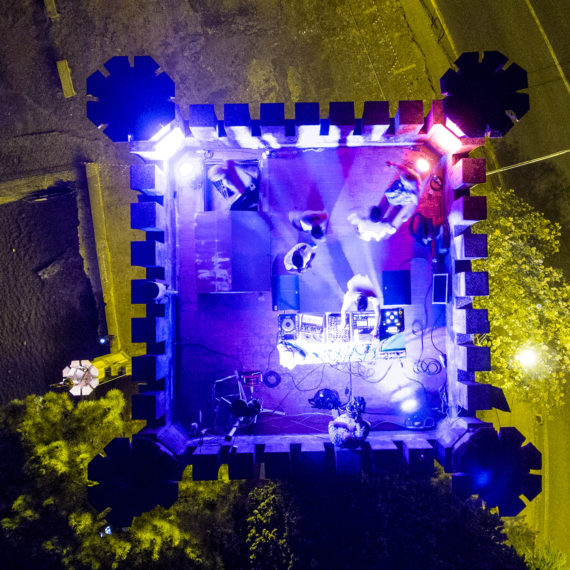 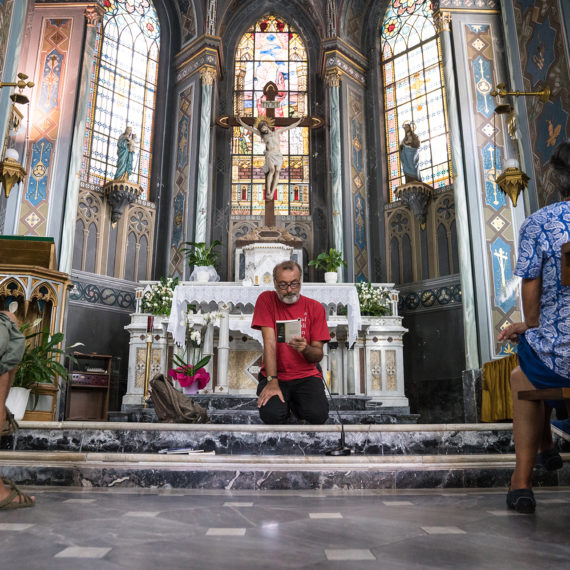 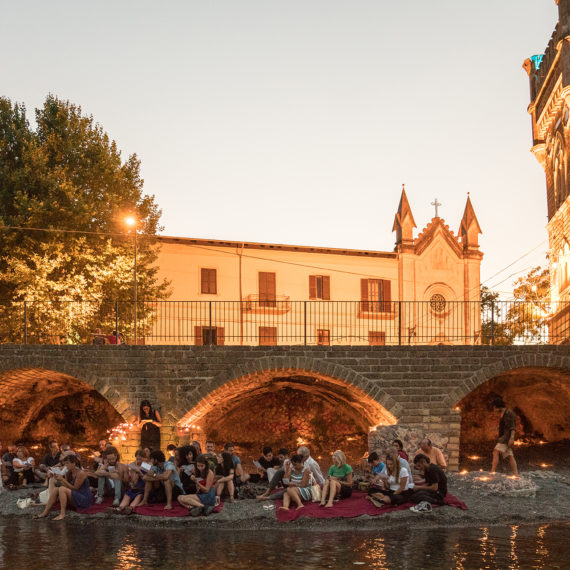 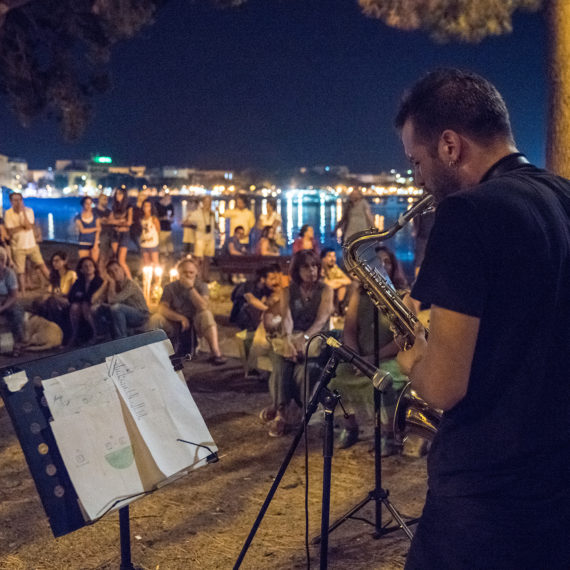 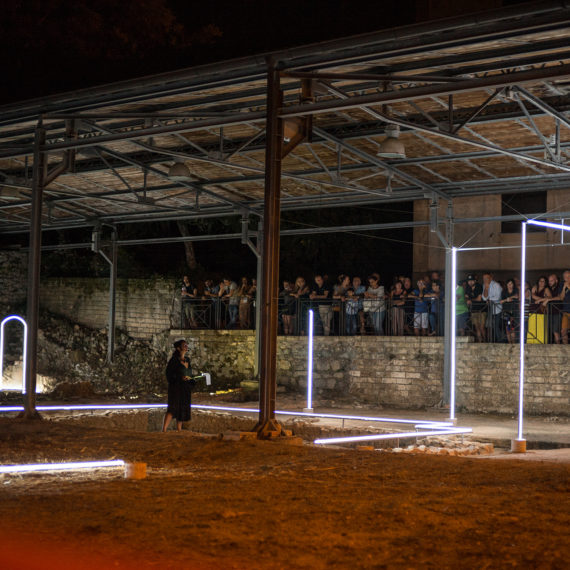 Well known for having been in 1857 the landing place for the expedition led by Carlo Pisacane, Sapri was certainly inhabited in Roman times and perhaps already in the Magnogreco period. Several historians and topographers, in fact, identify it with the ancient Scidrus – or Scidrum – which recurs in Herodotus’ writings. Today the town has a consolidated tradition in seaside tourism, and in recent years has become a welcoming place for art and culture.

Even in 2017, Sapri has been able to achieve the FEE Blue Flag. The coast alternates sandy areas to suggestive rock walls. The marina, positioned on the Aeolian route, is among the most modern and functional of this part of the Tyrrhenian Sea. On the rock of the Scialandro, a bronze statue depicts the Spigolatrice, a character from the poetry composed by Luigi Mercatini in remembrance of the Pisacane expedition.

In the area of ​​Santa Croce, remains of a Roman villa are still visible: a large complex, probably built in the first century BC, stretching between the hill and the beach. Along the sea there are also the old warehouses, well known as the ‘Camerelle’. In Piazza Plebiscito stands a roman memorial stone of the magistrate Lucio Sempronio Prisco.

The church of the Immaculate Conception dates back to 1730 and opens on the main square of the city. The church of Santa Croce is part of the homonymous complex, built at the end of the nineteenth century by the will of Giuseppe Cesarino.

Returning to his native city, after having made his fortune in Brazil, Cavaliere Giuseppe Cesarino (1859-1923) wanted to donate to Sapri not only the church of Santa Croce – annexed to which there was a complex for youth education and a turret for the astronomical observation (La Specola) – but also his great villa in which he lived, still today destined for elderly people home. All of these structures are made in a Neo-Gothic style with particularly original features.